Understanding transport-related social exclusion through the lens of capabilities approach

Resumo: he paper builds on the transport-related social exclusion (TRSE) literature and investigates how the insights provided by the Capability Approach can help to inform inclusive transport planning. To address the literature lack of conceptual clarity, we provided a framework that considers how individuals may be prevented from travelling and accessing valued opportunities and how this may lead to TRSE. Ten different dimensions of TRSE that individuals may experience are suggested. Although some dimensions were already proposed in past work, we contributed to this framework by expanding their scope and proposing a new dimension. The paper concludes that policies aimed at reducing TRSE should be concerned with increasing the capabilities of those in accessibility poverty to a sufficient level that enables individuals’ participation in key opportunities of the society. We identified that not every accessibility measure is suitable for assessing TRSE, and the selection of measures must pay attention to their alignment with the idea of accessibility as a human capability. We recommend that conducting an aggregated analysis may be helpful to identify a suitable accessibility measure and to identify regions at risk of TRSE; however, to have a deep understanding of an individual’s TRSE risk factors, a bottom-up analysis is necessary.

A territorial embeddedness analysis based on transport flows: Classifying the Intra-Urban space of the Rio de Janeiro metropolitan area

Resumo: The way we think about cities is conditioned by the way they have been historically structured: a central business district (CBD) surrounded by suburban housing. Nevertheless, deep urban transformations took place in many cities from the mid-twentieth century onwards, including activity decentralisation and a growing detachment between form and function. Hence, while there still are substantial travel dynamics between core and periphery, socio-spatial interaction patterns within large cities complexify and become more explicit. That is, localities outside the CBD develop ties such as cooperation, complementarity, and mutual influence. Proper identification of those interaction patterns is paramount to identify emergent subcentres and latent synergies that might be fomented, thus aiding better-targeted transport policies. In that context, we proposed a territorial embeddedness analysis (TEA), which consists of two steps implemented in the Rio de Janeiro Metropolitan Area (RJMA). Firstly, we applied graph theory to flow data from the 2013 Household Travel Survey (HTS) to detect the main centralities, which then serve as the basis for calculating the TEA relational indices. Secondly, the k-means algorithm was applied to these indices to organise the HTS traffic zones into seven groups. Our findings allow us to place localities into two opposing categories. The first is that of places that need longer trips to access resources, while in the second category, there are places most associated with shorter trips. Three further situations can be distinguished within this second category: (a) areas near first-order centralities; (b) classical peripheries that access resources either in closer subcentres or on scattered areas nearby; and (c) highly segregated places that are unable to properly access the city’s resources. Overall, we believe this classification allows planners to better understand the complex relations taking place in metropolitan areas, which have evolved far beyond the core-periphery model. It can also foster the implementation of place-specific policies, such as restructuring the transit network based on local specificities and regional goals. 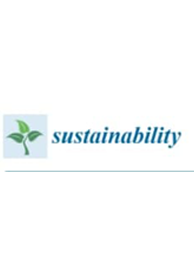 Resumo: Establishing a recognition system for sustainable freight transport is a process of change that requires the commitment of those involved and application of good practices. The pressures from consumers and competitors do not allow greater engagement with economic, social, and environmental aspects, and the maintenance stages require a long-term effort to obtain credibility, because the participation of external members of society in the evaluation contributes to reduce the influences and uncertainties of the recognition criterion. In light of the difficulties of establishing a green supply chain, we propose a method with multiple approaches with an emphasis on fuzzy logic. The purpose is to reduce the indecision of judgment, to debug the qualitative variables and to reduce interference from competitors. The procedure was applied to six companies that have carbon reduction programs, but we found that firms with a core business in transport had greater success in the transition to low carbon operations than contractors or shippers. The certification levels allowed visual contact between consumers and the company, making it possible to monitor sustainability actions in freight transportation operations and the competitiveness to achieve higher labeling levels.